Articles, swag, decorations, and tweets from the Roguelike Celebration on September 17, 2016.

Before the main event in September, we held a free roguelike meetup on May 17, 2016 in SF.

Videos from the 2016 event are on the Internet Archive and YouTube.

Curious what it was like? Here are stories from people who were there:

Swag for attendees and speakers

Just for fun, we designed badges, pins, t-shirts, and socks for all attendees, along with special t-shirts and challenge coins for speakers. We got to make roguelike fan merchandise! Challenge coin for speakers (a wizard with a wand and spellbook, surrounded by potions), designed by Allison Hughes. We thought it'd be nice to give speakers a little memento they can display.

We had a table with an altar, potions, unidentified scrolls, oil lamps, comestibles, bones, a candlelabrum with candles, a silver bell, a crystal ball, lizards, leather armor, a wooden flute, amulets, rings, spellbooks, a mirror, tins, a tin opener, and other items from Nethack. We put up posters with quotes and monsters from Nethack. "You are lucky! Full moon tonight." and the warning you get at the gate of Gehennom. There really was a full moon that night. (Photo by Matt Boyd.)

Eventbrite generously donated use of their office space as the venue — thank you to them and their staff.

A few of the tweets

People wrote lots of nice tweets with quotes and photos. Here are a few of them!

There are some great shirts at this conference. #roguelikecel pic.twitter.com/cnvwUqYDht 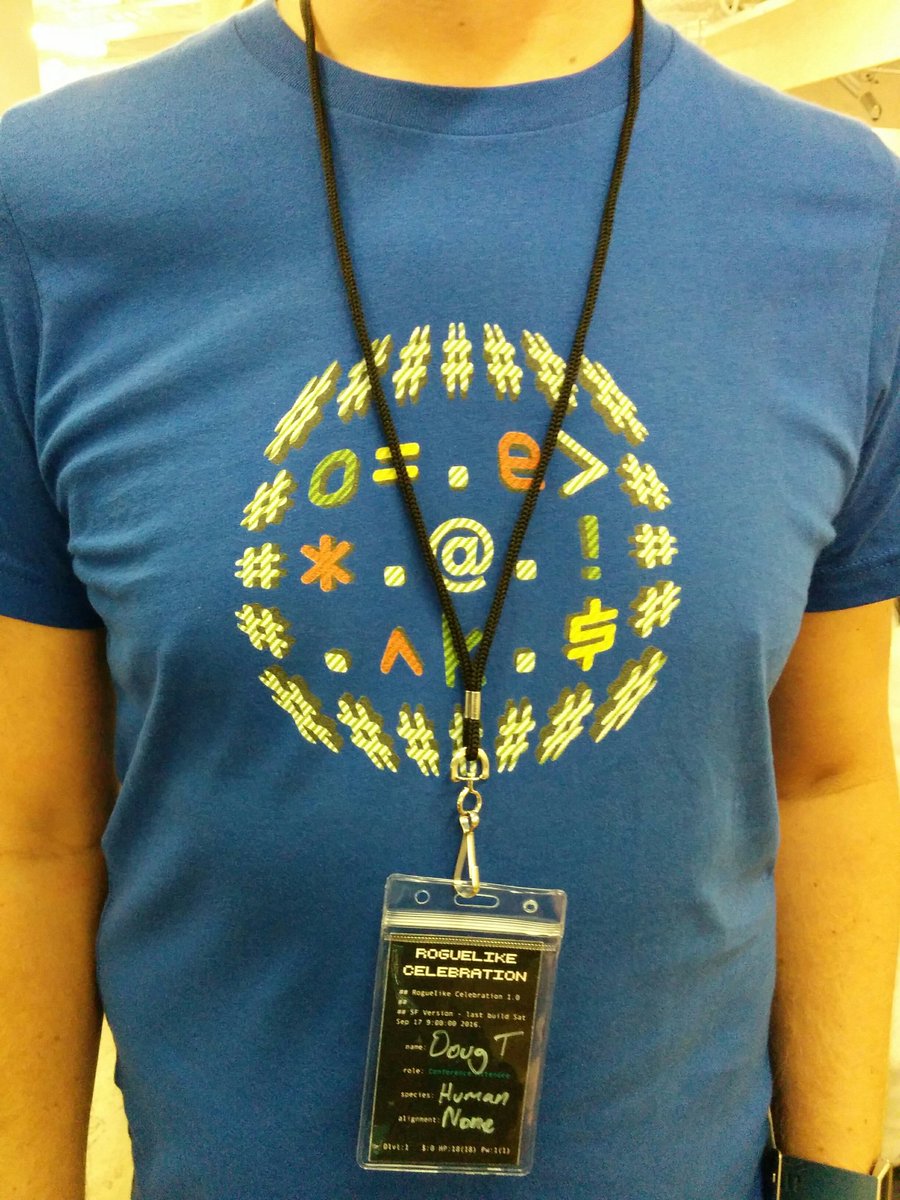 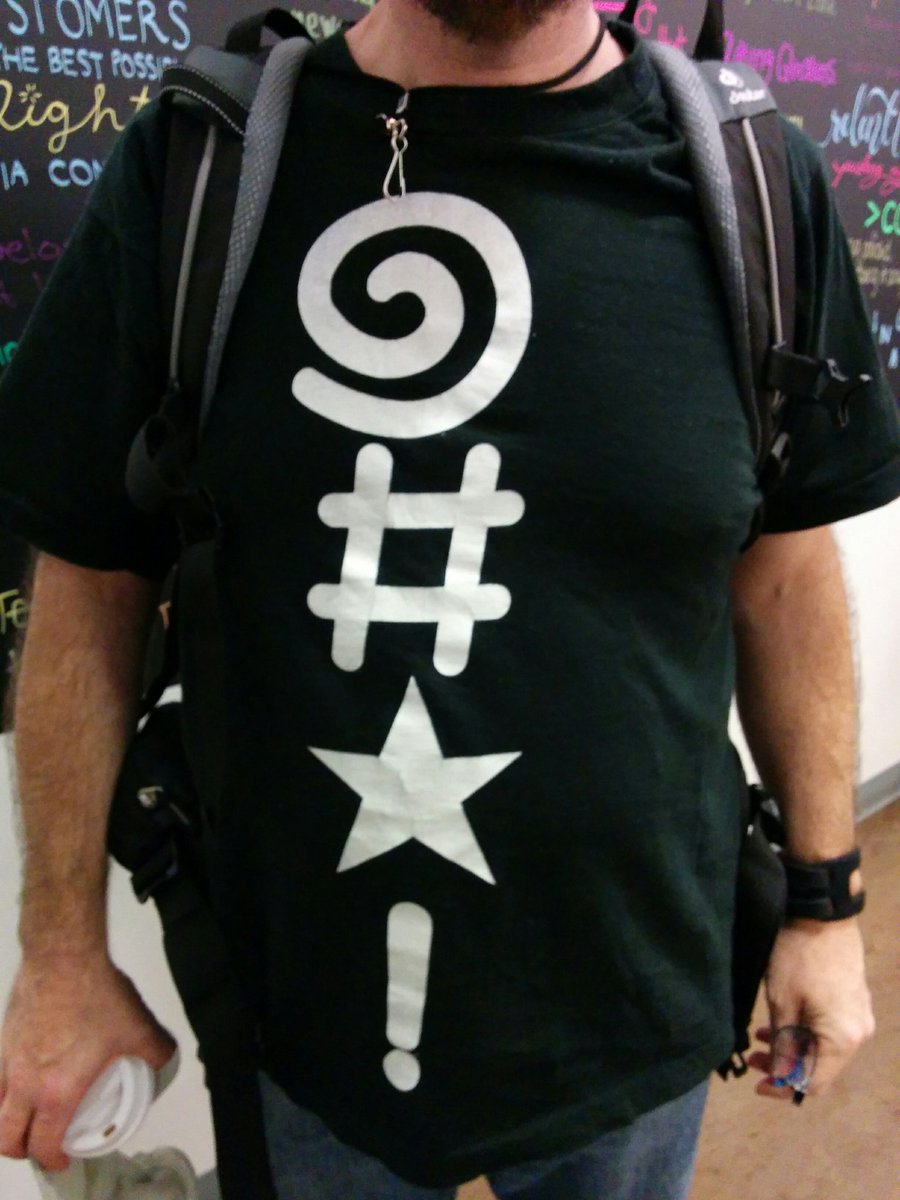 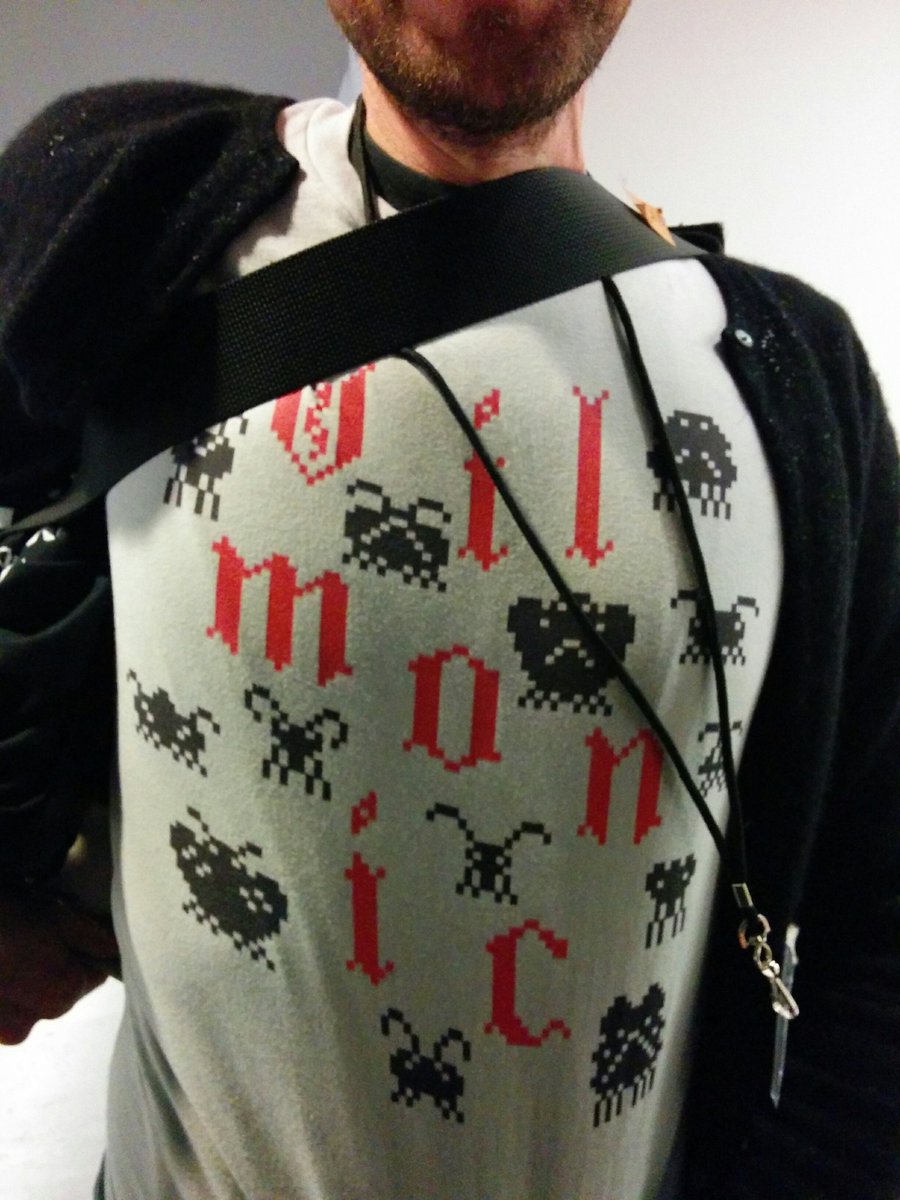 By the way, you can play emulated MS-DOS Rogue on the Internet Archive: https://t.co/o8nWmTQD5I #roguelikecel

"Permadeath is just an example of consequence persistence. We should come up w/ a new name" @capmango #roguelikecel pic.twitter.com/JbORgCPgW3

A lucky fan gets a boxed edition of Rogue signed by the three original developers #roguelikecel pic.twitter.com/V7cORzPsFc

Continually surprised how much I can relate to these roguelike devs: guarding against boring optimal strategies, stewardship.. #roguelikecel

#Cogmind inspired by random forum idea: "what if u could attach parts of your enemies to yourself... & just keep doing that?" #roguelikecel

#roguelikecel was awesome and inspiring as a designer. Walked away with a bunch more takeaways for Magic than I had expected.

#roguelikecel was a totally mind-blowing experience. As close to perfection as possible. I need to cover that in an extensive blog post.

Had such an excellent time at #roguelikecel today! Apologies for all the livetweeting. Feeling very energized. Now to make a RL storygame…

Detailed schedule with descriptions and bios